First confirmed ice cream van of the year. Tony’s Ices - Yankee Doodle chime - at the bottom of Grove Avenue at 16:57. No customers, despite beautiful sunny weather, which no doubt accounted for probably-not-actually-called-Tony’s scowling face. Don’t blame people really. I wouldn’t buy from an ice cream man who smoked in his van either.

This is the same van and location as last year, making it the first confirmed repeat recording.

This year’s sighting is the latest yet, fully six weeks beyond our previous latest sighting. It is, perhaps obviously given that, our first sighting in May. It’s also our first Wednesday.

At first glance then, this year’s recording appears wildly anomalous, but we must not rush to judgement. When we have another 15 or 20 more data-points, we can set this in its proper context. Until then, we can only speculate. 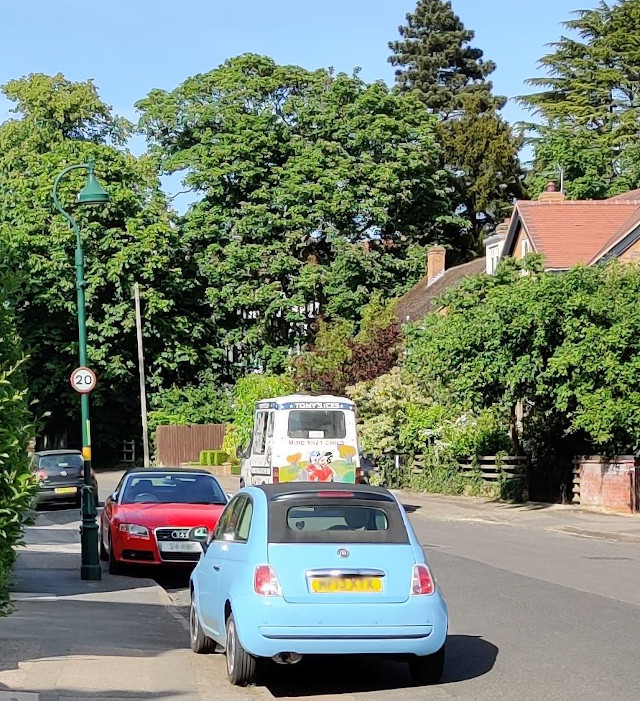 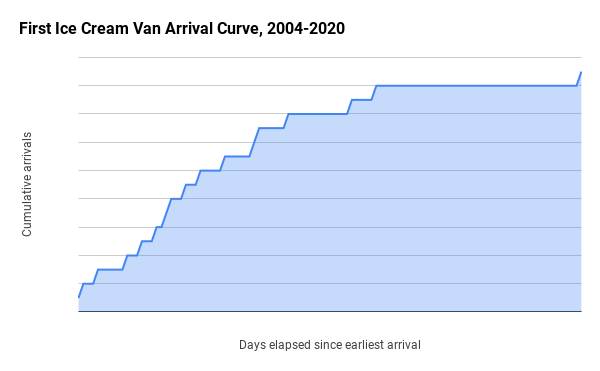 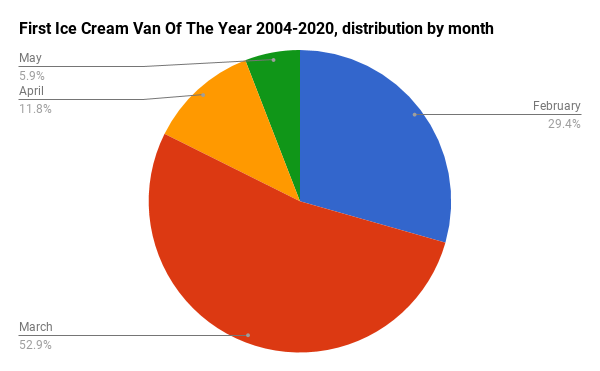 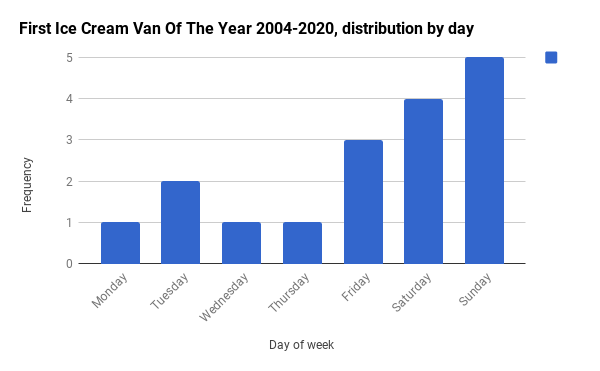 The full ice cream van data is available as a spreadsheet.